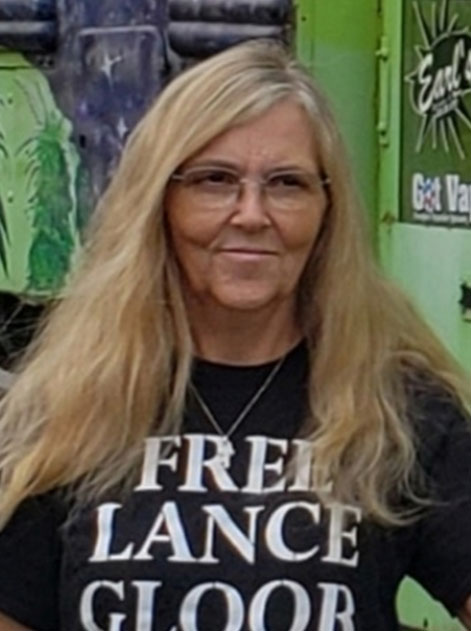 Why are you part of Freedom Grow? In 2016 my son, Lance Gloor, was sentenced to 10 years in federal prison following the 2011 raids of several Medical Marijuana Dispensaries by the Federal Government in Washington State. I immediately began my fierce fight for my son’s freedom. The more fiercely we all fight for Lance’s freedom, the more I find out. I was shocked to find out there are so many people in prison for marijuana, some serving LIFE. The gut wrenching horrible pain I constantly feel with every breath, I do not want others to feel. I do not like to see others being mistreated, families being literally torn apart and destroyed, precious valuable lives being wasted and precious valuable time being lost forever. Therefore, my fierce fight for freedom has expanded onto the huge battlefield for many.

More about Tracie – I was born with the Spiritual Gift of Compassion/Mercy and I cannot turn a blind eye when others need help. Lance always says, “HELPING OTHERS IS VERY IMPORTANT”. Lance was fiercely fighting for others’ freedom before he was snatched away from us. I am desperately trying to fill Lance’s huge shoes in his absence. Another thing Lance always says, “ONE TEAM ONE DREAM”. 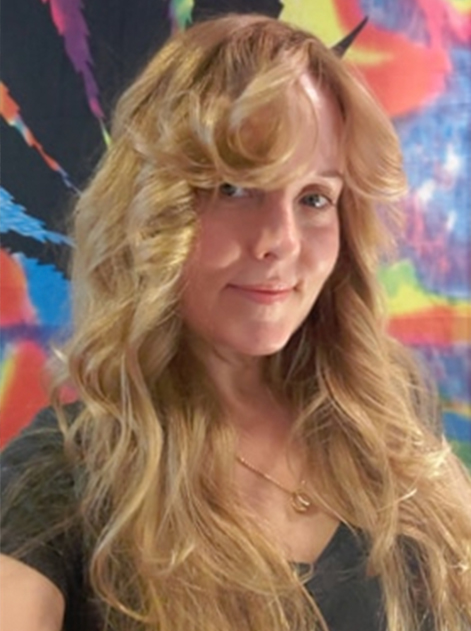 Why are you part of Freedom Grow? In 2011, the medical cannabis company my father co-owned (Montana Cannabis) was raided by the Federal Government. My mom and dad were suddenly facing an unfair fight in the court system. The feds did not allow the state laws in their court, so they had no defense, and they both were forced to prison. The private prison the feds sent my dad to was ignoring his health problems, he was being tortured and severely neglected. Four months into my dad’s prison stay, I got a phone call from the US Marshals. They told me my dad had two major heart attacks and I needed to come take him off life support. I rushed to Vegas, gazed in my dad’s eyes for a few hours, took in all his pain, all his suffering, and said my last words but never goodbye! I then removed his fragile, innocent, sweet, kind body off the life support that was keeping him alive. During this most private time between my dad and I, there were two US Marshals guarding us. A few minutes after my dad stopped breathing, the nurses removed his covers and his fragile ankles were still shackled to the bed. He had osteoporosis and had broken eight bones in prison. When I left the hospital that night, I vowed to myself to do everything humanly possible to help the prisoners that my dad left behind. I had to tell my mom the next morning when she called me from prison what happened. The worst part is that they wouldn’t even let her out for the funeral. They were married for 36 years. After my father’s death, one of his business partners (Chris Williams) went to trial. The other business partners snitched on him and received no jail time. Since my dad’s death, I have been passionate about prison outreach, commissary money, court support, mass incarceration, the drug war, private prisons, and education including jury nullification!

Advocacy – In 2013 I became a public speaker about the subject of cannabis prisoners and an active membership with the Human Solution. My membership quickly led to board members, vice president, and executive director. After leaving The Human Solution in 2015, I co-founded Voices of the Cannabis War (VOW). VOW was not a 501c3, so our focus was writing articles in various magazines about the prisoners, creating images about them, attending events and hosting VOW radio with Eugene Fischer who served 35 years of a LIFE sentence for cannabis. In 2019, I started working seriously deep with Freedom Grow and decided this is where I want to put all attention!

More about Kristin – I am obsessed with water! I love essential oils, coconut oil, little animals and crystals! I am a certified yoga trapeze teacher, a mother, daughter, and granddaughter! I also care about mankind, and have a passion for healing the soul! XOXO 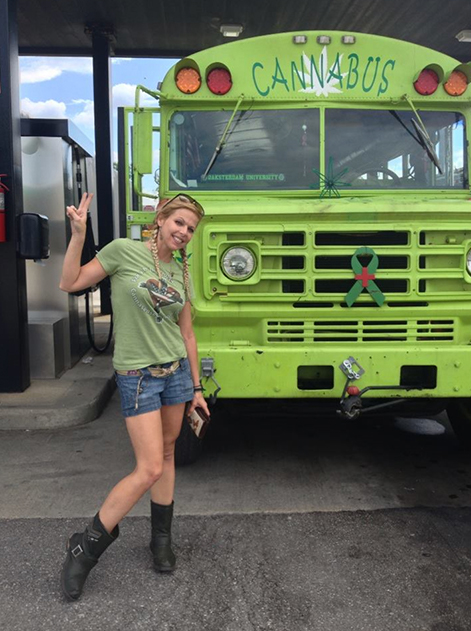 Why are you part of Freedom Grow? I am the niece of Gary Shepherd, a Purple Heart Vietnam Veteran, who was filled with bullets and murdered by Kentucky State Police and a national drug task force in his front yard, all over twelve cannabis plants in 1993. This all happened inches away from and in front of my cousin, who was only four years old at the time. Since attending Oaksterdam University in the Spring of 2011, I decided to dedicate my life to educating everyone I can about the truth regarding cannabis and I feel the need to set not only the plant but all those incarcerated and suffering due to prohibition FREE! My passion is for our cannabis prisoners and their families because I have witnessed their unnecessary grief, struggles and sadness firsthand. I strongly believe it must end, and we should do all we can to help set our people FREE!!!

Other advocacy – I am the co-founder of the CannaSense Campaign and proud owner of the Cannabus that tours the country and has been able to help cannabis organizations and local efforts grow along the way. Sharing cannabis and drug war education to many communities including law enforcement, VFW conferences, legislative hearings, medical facilities, churches, etc. I have toured the Cannabus in 36 states across the country so far. I have helped many suffering patients with cannabis! 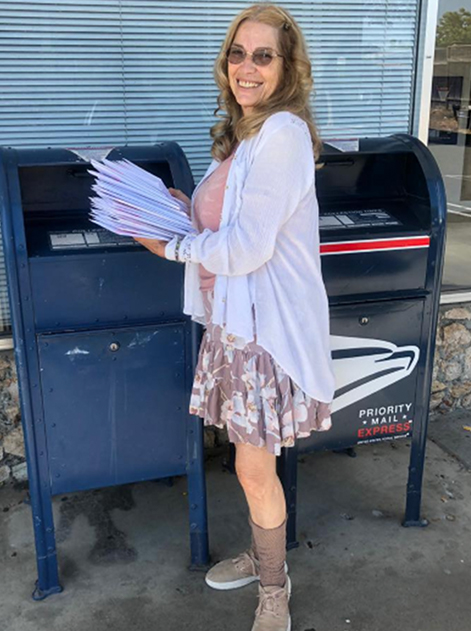 Why are you part of Freedom Grow? I am the founder and current President of Freedom Grow Forever. I have always had a desire for truth, justice, and the American way to light the way into our future. From my earliest teenage years, I have loved smoking marijuana. Of course, I enjoyed getting high, but I was and still am plagued by digestive problems that are relieved with a few simple puffs. In the 1960s, I became involved with the civil rights movement. Together with attorney friends, we defended American Indian rights in federal court. During this period, I was also practicing recycling and organic gardening. In subsequent decades, as these things have gone mainstream, my activism went somewhat dormant until the advent of medical marijuana. I had a new cause I knew would help many people. By 1996 when medical marijuana came to California, I was probably a bonafide expert when it came to marijuana knowledge as I was one of a small elite group of people who had been involved with growing the plant for almost 30 years up to that point. I wanted to share that knowledge with everyone. In 2002, I moved to San Francisco to build a 14,000 square foot state-of-the-art cannabis factory. This factory was raided and it resulted in a 5-year stint in federal prison. While in prison, I continued my activism by organizing a class about Social Injustice. The reading assignments revolved around historical heroes like Gandhi, Martin Luther King, Jr., and Cesar Chavez who all preached nonviolent resistance. It was during this time I became aware of the importance of having some money. In prison, things like stamps, writing materials, and phone calls to loved ones are not free. Clean socks, clean drinking water, and medicines aren’t free either. If you don’t have money, you do without. This is what some marijuana prisoners are facing for the rest of their lives? I say no, not if I can do anything about it. This is why Freedom Grow Forever exists. We need to help these people who are serving LIFE in prison.

Other highlights of activism – Founded LPOP (Landa Prison Outreach Program), former board member of The Human Solution, volunteer for CAN-DO

More about Stephanie – During my hiatus from high profile activism in the 80s and 90s, I took the time to find a mate who would fulfill my desire to have a child. I now am the proud mother of a homeschooled millennial. It was one of the most difficult periods of my life, but it turned out to be well worth it. 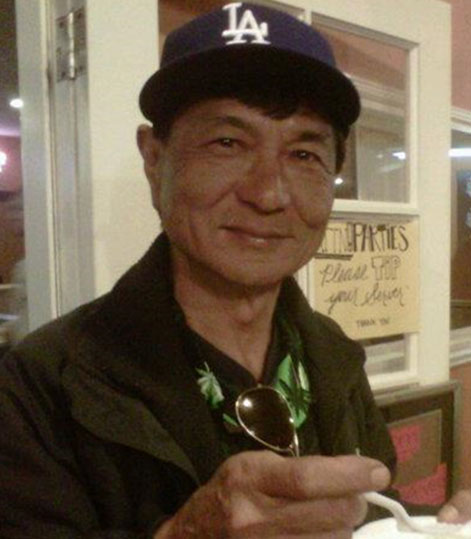 Why are you part of Freedom Grow? In the first decade of this new millennium, I was incarcerated for four and a half years. My crime was “maintaining a place for the manufacturing of marijuana”. This experience gave me a deeper understanding than most of the inner workings of the federal justice system. Indictment, court proceedings, prison life, halfway houses, and probation all present their own nuances and problems. Once I could put all these difficulties behind me, I felt compelled to do something for those who were less fortunate than I. When I was dealing with the courts, I learned that a life sentence could be a consequence for even marijuana offenses, and I was shocked. Even more shocking was discovering that dozens of regular, normal people had been condemned to this dark fate. Drawing from my own experiences, I knew that these people needed help in the worst way.

More about your activism – After I was released from prison, I decided I should donate whatever time, money, and effort that I could spare to help make their prison time easier. It started with donating reading material. Used books were collected and sent to marijuana prisoners until the Federal Bureau of Prisons stopped allowing this. It was then that Freedom Grow Forever came into being. The prison can ban used books, but it sure wasn’t going to ban money, so sending postal money orders to select prisoners became the focal point. From the beginning, our efforts have been 100% voluntary. Freedom Grow Forever extracts no administrative fees and no one involved is paid. Every penny of every donation has always directly helped the prisoners and it will always be this way until the last man is released.

More about Tom – I am a baby boomer who was born and bred in Los Angeles, California. Like most Southern Californians, I loved baseball, fast cars, and surfing. I was a Dodger fan before they even thought about moving to LA. I drive an antique 420 horsepower Mustang. And although I don’t surf anymore, some of my friends still do and I have followed surfing’s evolution since the 1960s. I attended a Catholic grammar school and a Jesuit high school. By the time I went to U.C.L.A., the Vietnam War was raging and I got my first taste of activism. Pot dealing paid my tuition and this continued after graduation. By the 1980s, I moved to Hawaii to pursue a career in cultivation.