My name is Jonathan Wall, I am twenty-six years old and I am a federal inmate incarcerated for the last twelve months at the Chesapeake Detention Facility, a maximum security lock up located in Baltimore, Maryland known as the supermax.  Presently, I am awaiting trial in federal court and if convicted I stand to receive a prison sentence of anywhere from the mandatory minimum of ten years to life imprisonment all without ever having any possibility for parole.  I did not kill anyone or steal anything.  Nobody was kidnapped, nor did I rape anybody or commit any sort of sexual assault, although if I had I would be subject to significantly less prison time according to the federal sentencing guidelines.  No, the alleged offense that the federal government is squandering the taxpayers money, your money, on housing and prosecuting me is for conspiring to distribute cannabis.  I know what you’re thinking, “Rape less serious than weed?  How can it be that the punishment for conspiring is so severe, especially in this day and age with widespread decriminalization and cannabis either medicinally or recreationally legal in the majority of the states and territories that comprise this country?  We’re in the middle of 2021, not the middle of the 1980’s.”  And you’d be justified in your skepticism.  The states and local municipalities that this country consists of have made great advancements in the liberation of the cannabis plant and protecting the men and women who choose to use it.  But the federal government on the other hand?  They still classify cannabis as a schedule one controlled dangerous substance, meaning no medicinal value, highly addictive and causes death.  In essence, it means devoid of any function in medicine therefore any research of the substance is estimated to be futile.  It’s categorized in a class amongst heroin and crystal methamphetamine and to provide an even greater understanding of the absurdity of this situation, the federal government classifies cocaine as a schedule two and fentanyl at an even lower severity as a schedule three.  Don’t be fooled into chalking this up to some sort of archaic mistake left over from the days when Nancy Reagan equated the supposed brain damage from cannabis use to the frying of an egg.  No, the Drug Enforcement Administration (DEA) holds an annual meeting where the top brass convene for the sole purpose of examining their controlled dangerous substance classification groups, adding new drugs to their respective scheduling category, and reclassifying already scheduled substances to a more appropriate section based upon any new and relevant information that has come to light regarding their nature or uses previously unknown for the substance.  So why does the federal government and the DEA in particular vehemently deny any possibility of merit in this protean remedy that Americans of every walk of life use to successfully treat an expansive litany of medical conditions including glaucoma, chronic pain, and epilepsy just to name a few?  After all, I can’t conceive of a worse calamity for Pfizer than the American public having access to a holistic panacea that they can grow in their own closet or backyard. Bust just in case that wasn’t enough cause for a naturally occurring plant that has never caused a single overdose fatality, let alone a sole physical symptom of dependence to be annually categorized as an arch nemesis of humanity equivalent to heroin, look at all of the money that the public has collectively spent over the years funding law enforcement’s ceaseless crusade of eradication.  The War on Drugs, specifically this war upon the unopposing, inanimate enemy of the cannabis plant, has been just like every other war in that it’s been the cause for a flood of money to pour out of American households.  The only differences are this one has equipped every local sheriff’s department across the country into resembling a special forces battalion, but their Fallujah is your neighborhood that you call home and this war, by design, was never meant to end; going on nearly half a century with no closure even remotely in sight.  Add all of that to the cost of imprisoning the predominantly nonviolent offenders it would appear that we, as a nation, have become the victims of a racket and graft of such egregious proportion that it’s abundantly clear that the few and minute that benefit from this systemic fraud of the American public will do anything to protect and perpetuate their scam.  So I suppose it’s quite a boon to them that unless we the people collectively demand the outright change they presently have omnipotent control of the federal legal status of cannabis. 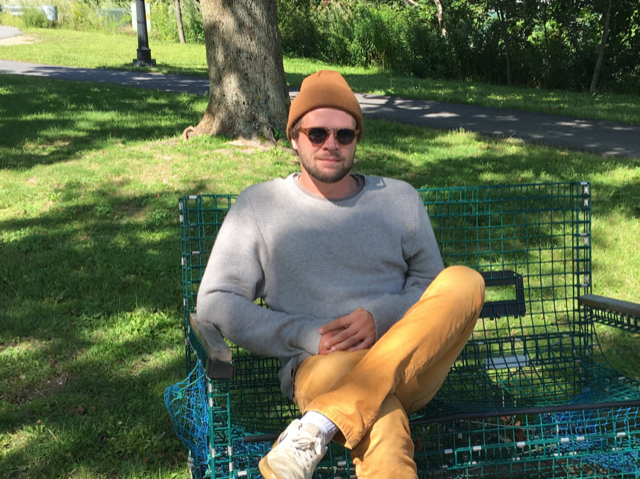 America was long ago dubbed as the land of opportunity, but with federal prohibition and potential prosecution looming over every individual state licensed cannabis operation like a thundercloud that could either bring a tempest or blow over, who are people that really thrive and prosper in these quasi-state sanctioned cannabis markets?  Certainly not the proletariat, due to federal illegality it’s strictly forbidden for banks to assist or conduct business with cannabis ventures, so you can forget about any possibility of acquiring a small business loan.  If you don’t already have deep pockets or access to large investment capital it’s a mortally arduous task to establish oneself, let alone to compete and flourish.  Could this be by design to ensure that the spoils of the emerging legal cannabis industry remain among the affluent rather than find their way into the hands of those in the most marginalized groups of society whom federal prohibition has impacted the most?  All it takes is a gander at the lack of cannabis arrests of white Americans compared to that of their counterparts of either African or Latin X heritage, despite the rates of use being universally tantamount across the board.  Yet consequently when it comes to legal cannabis operations, along with their limited and coveted licenses, there is a disproportionate majority owned and possessed by white Americans.  It won’t take you a considerable amount of time researching to find veritable proof that this war on the cannabis plant and the people who choose to use it has been steeped in racist propaganda.  All you have to do is look into the etymology of the word marijuana, arguably the most commonly used term for cannabis and the actual name used by the federal government in their United States Code, which was a moniker coined in the days of the early reefer madness campaign, nearly a hundred years ago designed to paint the cannabis plant as a demonic drug with roots in hell only used by people with African or Hispanic backgrounds.  Well subsequently now a century later those communities have paid a heavy price due to prohibition and are beyond entitled to their fair share of fiscal opportunity and involvement in a forthcoming industry estimated to be worth hundreds of billions of dollars.  While we are discussing affected marginalized groups in society who have been impacted by this war on the American people by ruse of the cannabis plant, what opportunities and incentives are being provided for the societal caste most impacted by federal cannabis prohibition?  The felons with cannabis charges who’ve spent years if lucky and decades on average wasting away in the bowels of the American Gulag only to come home marked and defiled by their criminal record as they reentered society  and strived against the odds to stay there, where’s their place at the table that they frankly built?  After all, there’s no denying that if it weren’t for the daring men and women of the cannabis underground ignoring the Harry Anslingers, the Richard Nixon’s, and the Jeff Sessions of the world, by flouting their antiquated laws and at times sacrificing their lives to be prostrated in the dungeons of the proclaimed land of the free, without those brave sounds paving the way there wouldn’t be a “Green Rush”; the newest manifestation of the American Dream luring new participants from far and wide.  But I’m certain it doesn’t come as much of a surprise to most that felons are ubiquitously forbidden from participation in this so-called Green Rush with the only exceptions being in the two California cities of Los Angeles and Oakland where licenses can be obtained by the previously incarcerated.  So when I think of guys like John Boehner, the Former Republican Speaker of the House of Representatives who spent all of his time in office conspiring with his cronies to hamper then President Obama rather than dedicating any of his time or energy to emancipating the cannabis plant now sitting on the corporate board of Acreage Holdings, the single largest publicly traded cannabis company in the world, while I myself may face not only permanent exclusion for partaking and staking my claim in this Green Rush, but decades in a cage because the federal government is still prosecuting those without any political clout whom they find in their crosshairs for cannabis, my stomach can’t help but turn.  Because the only thing more ludicrous than corporate and elite America’s attempts to monopolize and take over the cannabis industry is the fact that the United States Government still pursues the prosecution of its own citizens for alleged involvement in conspiring to distribute or cultivate the same ancient and mysterious, green spikey-leafed plant that companies are actively going so far as attempting to copyright individual strains of.  But when the only difference separating an entrepreneurial pioneer on the cutting edge of industry ringing the bell on the floor of the New York Stock Exchange and an inmate condemned to over a decade out of his life to be languished in a federal penitentiary sitting up in his bunk in the middle of the night for the 2 AM headcount is a greased handshake with a nod from Uncle Sam, ludicrous doesn’t even begin to scratch the surface in describing this dichotomy.  Is it not time for us to say “no more” and collectively rise up as a nation to demand an overhaul of this systemic nepotism we call our criminal justice system that by design eliminates change and competition to the elites by persecuting our brothers and sisters, fathers and sons, our mothers and daughters, the very people who make up the bedrock to the fabric of this country, bankrupting us in the process while it simultaneously enriches the aristocracy and Corporate America in their games of further division as they chop this country up more and more amongst themselves, leaving us out to pay the price?