You Have The Power To Nullify Unjust Laws By Mindi Hall 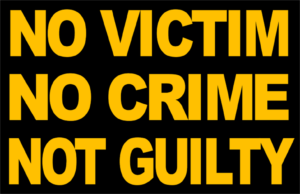 Excitement over one’s good fortune, to serve on a jury, is not the first reaction most Americans have when they open up a jury summons.  The posture regarding jury service has shifted from being an honor and foremost civic responsibility in prevention of government corruption, to an inconvenience and a waste of time.  Civilians report various reasons for avoiding the dreaded summons. Financially, jury duty can be quite cumbersome and compensation for time is minimal at best.   Community members may simply be uncomfortable with the change in daily routine.  Often, the possibility of taking part in the incarceration of an innocent individual has been a concern.

For socially conscious individuals, however, service as a juror is effective in the prevention of unjust laws and violation of human rights.  A juror is not required to put a defendant in prison, even if the evidence proves guilt.  Unfortunately, it is usual for a juror to not be cognizant of their full rights upon entering a courtroom.  One of these mostly unknown rights is jury nullification.  Jury nullification, as defined by (http://definitions.uslegal.com/) , “occurs when a jury returns a verdict of “Not Guilty” despite its belief that the defendant is guilty of the violation charged.  The jury in effect nullifies a law it believes is either immoral or wrongly applied to the defendant whose fate they are charged with deciding.”

Due to unfounded fears of chaos, the vast majority of judges omit the details of a jury’s power to nullify faulty laws during the instructions prior to trial. Jurors are persuaded to believe they must judge the facts based on the law provided and have no discretion. On the Kansas Bar Association website (www.ksbar.org) under Juror Rights & Duties they claim the following, “At the conclusion of the trial, the judge will instruct the jurors as to the law applying to the particular case. Jurors must base their verdicts on the judge’s instructions as to the law, rather than on their own notions of what the law is, or ought to be.” However, the US Supreme Court in February 1794 stated, “Jurors have the power to judge the facts of the case as well as the law itself.”

Often it is not the law itself, but the penalty or application of the law deemed unjust. For example,  Dr. Martin Luther King Jr. was imprisoned in a Birmingham jail due to the poor application of a law.  He wrote, “There are some instances when a law is just on its face and unjust in its application. For instance, I was arrested Friday on a charge of parading without a permit. Now, there is nothing wrong with an ordinance which requires a permit for a parade, but when the ordinance is used to preserve segregation and to deny citizens the First Amendment privilege of peaceful assembly and peaceful protest, then it becomes unjust.”
Nullification of the law is attributed to the case of Doug Darrell in New Hampshire, who was acquitted in September 2012 of cannabis charges as a medical and religious consumer.

Jury nullification has shaped other changes in the law, including alcohol prohibition and slavery.  Also in September 2012, a Minnesota jury exercised their freedom to law nullification when they said  “not guilty” to a farmer Alvin Schlangen charged with selling unpasteurized milk, operating without a food license and handling adulterated or misbranded food. At least one juror could not, with a conscience, say “guilty” and impose unmerited consequences.

Education about jury rights and responsibilities is key to changing the way citizens perceive the dreaded juror summons.  Often, one needs to absorb the message of jury nullification many times prior to understanding they truly possess the power, right, and responsibility to nullify deficient  laws and the tangible changes that can be shaped as a juror.  It is never too late to exercise your constitutional rights.

To learn more about your juror rights, please visit the Fully Informed Jury Association at http://fija.org/.