“Honoring the sacrifice of political prisoners goes beyond awareness”, says Stephanie Landa, founder of Freedom Grow Forever (FGF), one of the first organizations dedicated solely to advocacy and support of non-violent cannabis prisoners. Landa, a former federal cannabis prisoner herself, from 2006-2010, knows first hand the horrors and heartache of incarceration, and turned her empathy into action. What began in 2006 as LPOP, Landa Prison Outreach Program evolved and grew over the last decade into a full-fledged operation to help as many cannabis prisoners as she could.  Now, with its years of service, exemplary reputation and trusted leadership, FGF is positioned to shift the focus of conversation surrounding cannabis incarceration toward reform of the social equity movement, as a whole, and secure the social narrative for the silenced voices that still must be heard.

With over 40,000 cannabis prisoners in the US, and even more, globally, who still sit behind bars for their association with this plant, now legal in many states, the demand for judicial reform in cannabis is growing. One can only imagine how it must feel to be serving time for cannabis while the industry appears to be flourishing and it is now “legal” in 16 states. While many states are including decriminalization in their laws, the reparations are slim to none, with little mention of the community “most impacted” by the war on cannabis – cannabis prisoners.

Social equity has been a hot topic as of late within the cannabis community nationwide, as to its efficacy, as well as, legitimacy. Many state programs that claim to be inclusive are proving to be anything but, leaving the very communities hit hardest by cannabis prohibition out of the equation.

While most discussions of this topic within the community have been rightly focused on BIPOC licensing and barriers to entry, the cannabis community should also be considering those most deserving who cannot enter at all. “As a community we owe it to the healing plant herself to support our brothers and sisters behind bars, to honor their legacy, and let them know they are never forgotten.” says Randy Lanier, former life prisoner for a non-violent cannabis offense, who is now free man at age 60 after 27 years in federal prison. His story is an amazing journey of perseverance and hope that must also be documented and re-told. Lanier recently joined FGF’s Board of Directors, a dynamic group of passionately driven volunteers, and will certainly bring incredible experience and insight to the organization.

It’s with this perspective that Freedom Grow Forever provides genuine and creative outreach through various programs; including a monthly newsletter for prisoners, pen-pal club, court support, family outreach, commissary, job placement, clemency pardons and legal support for all their prisoners. With over 75 prisoners currently in their care, the need is great and grows daily.  Landa says dedicated volunteers, generous donations and strategic partnerships with affiliate programs like Last Prisoner Project and Can-Do Clemency have played an essential role in the recent growth this freedom movement.

Anyone with a family member or loved one, incarcerated for non-violent cannabis offense, is encouraged to reach out to FGF for valuable resources and an incredible support network.

FGF has launched a new campaign for cannabis prisoners called ‘The Wish Program’, where they are able to request a small item for themselves or family member, or an action on their behalf. “With over 14 prisoners’ wishes already granted, the effort is taking off! It’s really lifting their spirits and creating an inspiring ripple affect! ” says Kristin Flor, Executive Board Member for FGF. “One prisoner was able to get his mom a bathrobe, and another requested custom blankets with his picture on it for his children. We want them to know they are not alone or forgotten”. Luke Scarmazzo, who is serving a 22-year sentence in federal prison for operating a medical cannabis dispensary in California, said “When serving these long sentences in federal prison it can be difficult to make sure those we love feel honored on special days. Through Freedom Grow Forever’s Wish program, I was able to send my mom a beautiful gift last Mother’s Day and she loved it. I’m so thankful for all the great things FGF does and I hope everyone continues to support their work.”

Kirstin Flor, who has dedicated her life to helping cannabis prisoners, knows the heartache caused by the war on this plant first hand. She is the daughter of Richard Flor, the first registered caregiver in Montana who died in federal custody in Las Vegas on August 30th, 2012. Richard co-owned five dispensaries, and because of federal laws, he was forced to fight for his life and patient rights every day in prison. He was a Vietnam veteran and a co-owner of Montana Cannabis, one of the state’s largest medical marijuana providers until it was raided by the DEA March 2011.

While we celebrate the recent victories of the legalization movement and enjoy the many fruits of this plant, but let us not forget the labor that brought us here- the backs upon whom this revolution was built. The blood, sweat and tears of men and women who were brave enough to defy the institutions of man for the higher calling of healing are the real pioneers. Even if they do not see themselves in that way – from a historical, spiritual and anthropological standpoint the movement would never be where it is, without their heroic efforts forging this path of cannabis healing, not just for mankind, but Mother Earth herself.

The story of Richard Flor and countless other heroes of the “Drug War” must be told and remembered, with the most sacred respect, and motivation to continue ministering to those who still remain in prison and need our support. FGF invites all who can to write and support a prisoner today! Learn more & sign up to volunteer at FreedomGrowForever.org

*Any interested businesses or individuals looking to donate or partner can email freedomgrowforever88@gmail.com 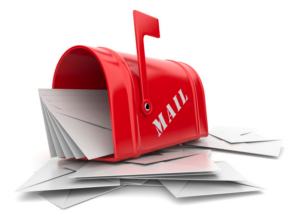 The Significance of Mail Call in the Slammer

Making of a Marijuana Mogul: The Stephanie Landa Story